On March 19, Rich, a CCA at Sayre, collaborated with Amanpreet (Aman) Kaur to teach students about national service and to share their own experiences in four different classes.

Rich taught the students that a Service Year is a “paid opportunity to develop real-world skills through hands-on service,” and expanded more on the philosophical, altruistic, and self-advancement reasons for doing service. He shared about how his current service year has shaped him as a thinker, a leader, a doer. Most importantly, he revealed how his service has taught him that he doesn’t have to do big things to make a meaningful difference in the lives of the students he works with: one of Rich’s meaningful moments was when he helped one of his students create a plan to combine their desire to wrestle in the WWE and to matriculate into a bachelor’s program.

Soon after, he gave way to the proud Service Year alumnus and Community Health & Engineering Librarian of Penn’s Biomedical Library, Aman. She regaled our students with her tales of her dramatic history with service and her many contributions to the Literacy AmeriCorps of Palm County (see her blog post).

Students sat with interest and one became so enthusiastic, he decided to champion Service Year in our last class. He exclaimed the various facts that enticed him to do a service year, such as the fact that there are “over 65,000 opportunities to do Service years,” that it was a pathway to higher education, and other reasons for doing a Service Year. He became our spokesman for much of the first half of our workshop and when the workshop neared the end, he kept Aman on her feet with his flurry of questions: He wanted to learn as much as he could. 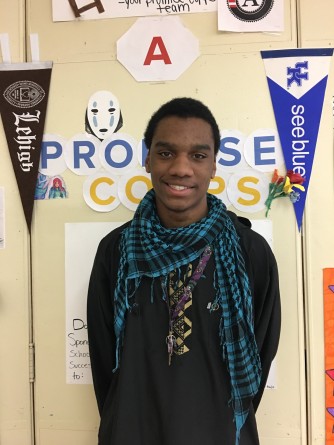